Scoliosis Treatment and Pain Relief from Scoliosis is just a phone call away at the Spinal Recovery Center! 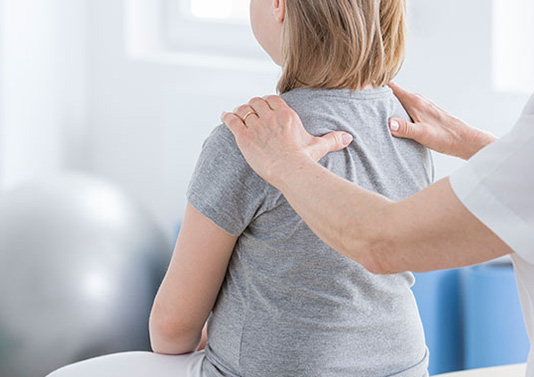 Most Scoliosis Treatment are DESIGNED the same, but not all physicians are the same!
Know your Doctor:

Relief from pain and discomfort associated with Scoliosis is now available in the Detroit area. Call us today and see if you are a candidate for this revolutionary non surgical treatment.

Treatment for Scoliosis at the Spinal Recovery Center

Treatment of scoliosis is based on the severity of the curve and the chances of the curve getting worse. Certain types of scoliosis have a greater chance of getting worse, so the type of scoliosis also helps to determine the proper treatment. There are a few categories of treatment: observation, bracing, surgery AND the Non-Surgical approach in use at the Spinal Recovery Center.

Functional Scoliosis is caused by an abnormality elsewhere in the body. This type of scoliosis is treated by treating that abnormality, such as a difference in leg length. A small wedge can be placed in the shoe to help even out the leg length and prevent the spine from curving. There is no direct treatment of the spine because the spine is normal in these people.

Neuromuscular Scoliosis is caused by an abnormal development of the bones of the spine. These types of scoliosis have the greatest chance for getting worse. Observation and bracing do not normally work well for these people. Some people may eventually need surgery to stop the curve from getting worse, but at the Spinal Recovery we have several non-surgical steps that can be taken.

What exactly is Scoliosis?

Your spine has a series of normal curves when viewed from the side. These curves help to better absorb the loads applied to the spine from the weight of the body. The cervical spine (neck) and lumbar spine (lower back) have a normal inward curvature that is referred to as the “lordotic” curvature, in which your spine is bent backward. The thoracic spine (upper back) has a normal outward curvature that is referred to as the “kyphotic” curve by which the spine is bent forward. People with scoliosis develop additional curves to either side of their spine. This causes the bones of the spine twist on each other, forming a “C” or an “S” shape in the spine.

Scoliosis can affect about 2% of females and 0.5% of males. In most cases, the cause of scoliosis is unknown (idiopathic). More than 80% of people with scoliosis have idiopathic scoliosis, and the majority of those are adolescent girls. There are three other main types of scoliosis:

Functional: In this type of scoliosis, the spine is normal, but an abnormal curve develops because of a problem somewhere else in the body. This could be caused by one leg being shorter than the other or by muscle spasms in the back.

Neuromuscular: In this type of scoliosis, there is a problem when the bones of the spine are formed. Either the bones of the spine fail to form completely or they fail to separate from each other during fetal development. This type of scoliosis develops in people with other disorders, including birth defects, muscular dystrophy, cerebal palsy, or Marfan’s disease. People with these conditions often develop a long C-shaped curve and have weak muscles that are unable to hold them up straight. If the curve is present at birth, it is called congenital. This type of scoliosis is often much more severe and needs more aggressive treatment than other forms of scoliosis.

Degenerative: Unlike the other forms of scoliosis that are found in children and teens, degenerative scoliosis occurs in older adults. It is caused by changes in the spine due to arthritis known as spondylosis. Weakening of the normal ligaments and other soft tissues of the spine combined with abnormal bone spurs can lead to an abnormal curvature of the spine. The spine can also be affected by osteoporosis, vertebral compression fractures, and disc degeneration.

Other Causes of Scoliosis: There are other potential causes of scoliosis, including spine tumors such as osteoid osteoma. This is a benign tumor that can occur in the spine and cause pain. The pain causes people to lean to the opposite side to reduce the amount.